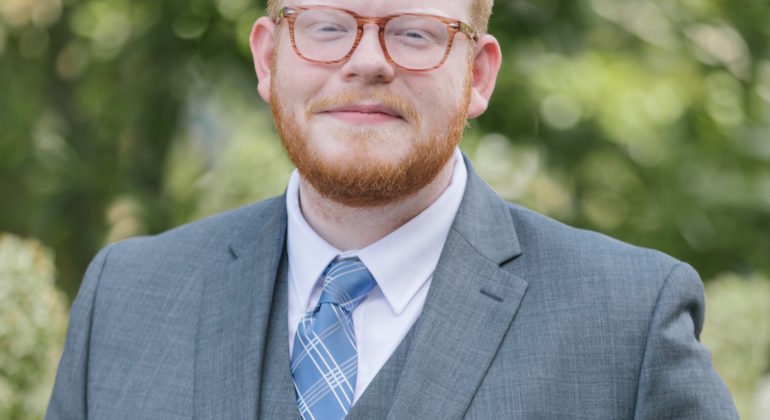 Mitchell Lenneville was selected as one of sixty-two outstanding college students from 55 institutions as a Truman Scholar. The Truman Foundation reviewed 773 files from 316 institutions. Students were nominated by their institution based on their records of leadership, public service, and academic achievement. Mitchell got his start at Village Home as a member of the Model UN Team and Mock Trial Teams.

Mitchell Lenneville, American University, is a community college alumnus and current Politics, Policy and Law Scholar, pursuing an interdisciplinary degree in communications, legal institutions, economics, and government. He currently works for the ranking member of the House Committee on Energy and Commerce, Congressman Greg Walden, and previously gained experience as a speechwriter for Attorney General William Barr. At American, Mitchell helped develop the groundbreaking Model G20 Summit, competed as a member of one of North America’s top Model United Nations teams, mentored other students as a resident assistant, and organized his classmates to speak out about the rising cost of college as the director of financial aid and affordability for AU’s student government. Prior to coming to Washington, Mitchell was deeply involved in Oregon electoral politics, staffing a total of five campaigns, including managing candidates during two highly competitive state senate races in 2016 and 2018. He plans to pursue a career in local politics, helping Oregon become a more prosperous and inclusive state.  Press Release

Categories: In the Press.