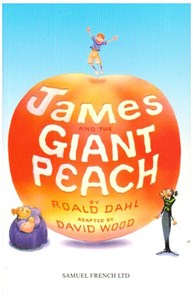 The story of Roald Dahl’s classic tale is faithfully told by James himself and the insect characters – Miss Spider, Old-Green-Grasshopper, Centipede, Ladybird, and Earthworm. The play begins at the end of the story, when James and his friends are living in the giant peach stone in Central Park, New York.

A tour guide brings a party of tourists (the audience) to see this major attraction, and James and his friends tell the story of how they came to live in New York. The insects play the other roles, like James’s cruel Aunt Sponge and Aunt Spiker, and the epic journey across the Atla

Tickets go on Sale in March

OPEN AUDITIONS for anyone ages 13 & up (13 at the time of auditions) on Monday, February 24 from 4:00 – 7:00 p.m. in Churchill. Attached you’ll find an “All You Need to Know” information letter regarding the auditions, the callbacks, the rehearsals, and the performances themselves.